Born in 1946 in Bône (Algeria), of Maltese origins, Fenech became interested in drawing at a very early age.

Following the war in Algeria, he came to France, where he settled in Burgundy and did various jobs to earn money. A thoughtful and dreamy young man, he used his spare time to draw, 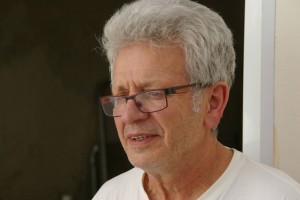 visit a few art exhibits, and relax while fishing. Two years later, he moved to the Western Pyrenees and fell in love with that region upon discovering its exceptionally colorful landscape. He painted for hours each day, changing from one style to another but already showing a great preference for expressionism. This won him the consideration of a number of notable people, in particular that of art professors such as Mr. Delaris, who was then teaching at the Lycée Arago in Perpignan and who had worked for four years with Dufy. At one art show, Delaris asked to meet Fenech and the two became friends, though unfortunately Delaris died three years later.

Mr Antoine ANTOLINI, director of the “Research Center for Art and Conservation of European Heritage” and co-founder of the Editions of Museums and Culture, conducted a study on the work of William FENECH.

Numerous private exhibitions:
Art Galleries :
In 1994 and 1995, at the request of the Director of the Perpignan Hospital, Fenech decorated the administrative and medical departments with some 20 paintings and provided a sculpture which was exhibited on the patio of the maternity ward. He also created a fresco which was later on exhibit at the Exhibition Hall in Perpignan. 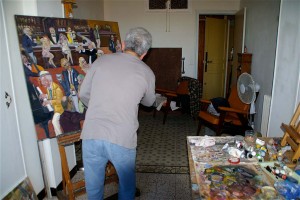 In 2003, he met Christiane, who would later become his wife, muse, and artistic agent and who would share his passion for painting and fishing.

In 2005 and 2006, Fenech discovered the village of Caramany and its lake. He decided to move there and purchased a barn which he repurposed with the help of his wife and in which he set up his studio.

Fenech was selected to publish his work in the 2008/2009 international edition of l’Art du Nu – Nude art today, published by Patou editions, with a critique by Francis Parent.

In 2010, he and his wife went to Céret, where from May to October his work was exhibited at 6, Rue du Commerce. In August of the same year, they decided to open a studio in Céret, 80 meters from the Modern Art Museum, and on November 19, 2010, the William Fenech Studio Exhibit held its vernissage. 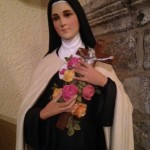